Last Saturday evening, while watching the beginning of an episode of FINDING YOUR ROOTS,

I had to turn off the television due to the Crow Mayhem outside.

You see there were 5 crows sitting at the top of the tree, making calls and Caws as loud as can be!

An answer would come from trees across the street.

This ruckus went on and on and on.

They were incredibly LOUD!

Once again, I thought that I would like to speak crow!

By the time I got the screen door open to grab a photo, one Crow was flying off, so I don't believe I captured all 5 in the photos

(it is kind of hard to tell though, so we'll just call it good, you believe me, right?!). 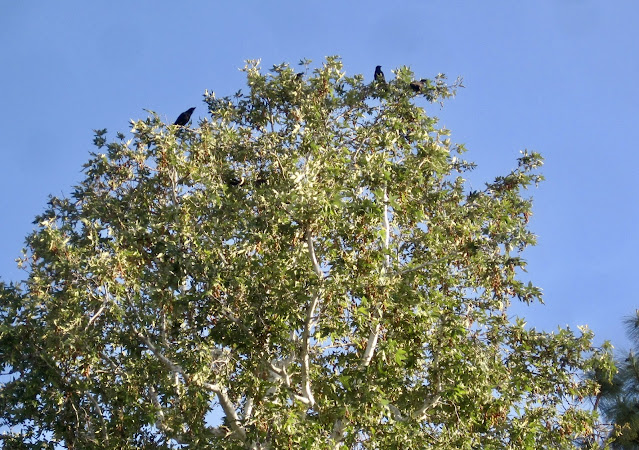 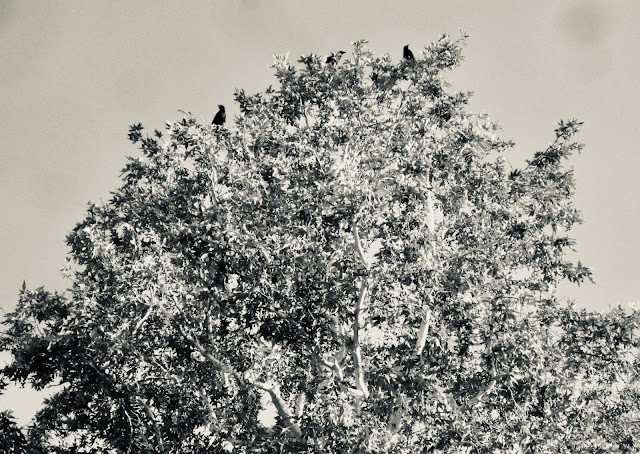 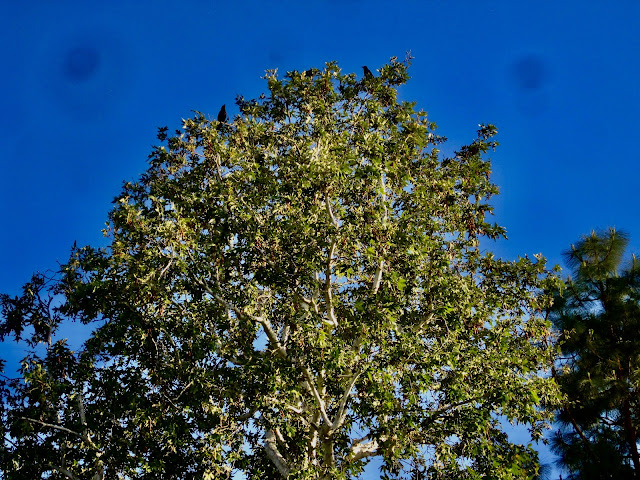 PS I tried to switch a couple of these pics for more interesting altered ones, by blogger said, "NO WAY"
Oh well, 5 crows, 5 altered, but too similar photos.
It's Friday, so good enough. 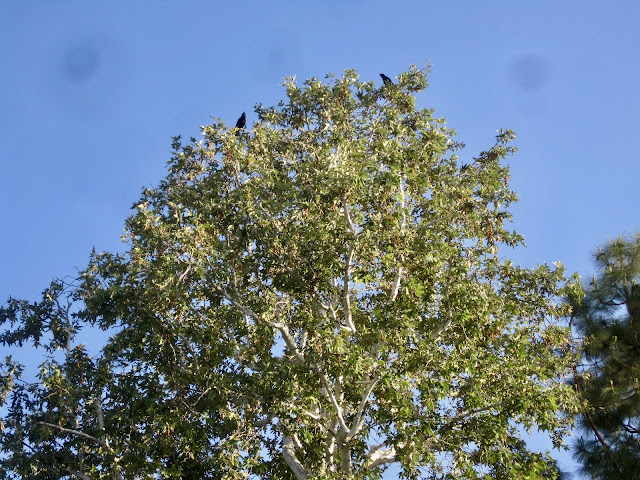