Last Monday, Martin Luther King Holiday we were able to go for a hike.
It was the first big hike since I broke my toe last February.
It was needed.
Unlocking the stress of life that was 2016, bracing for 2017~
connecting with nature with J. always feeds me.

Yesterday I attended the Woman's March LA with my sister, two of my nieces and a friend.
Being with an estimated 750,000 other like-minded folks was invigorating. 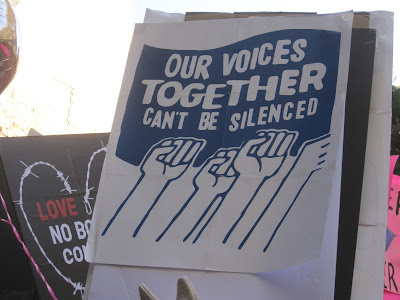 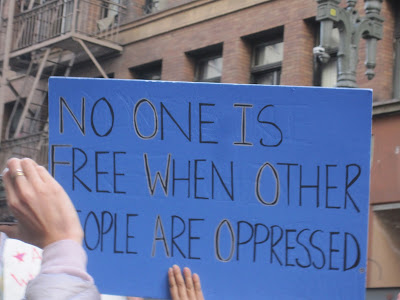 There were people, signs and causes of every sort.
All valuable.
Voices were raised in protest, pride and anger, camaraderie, fear and Hope. 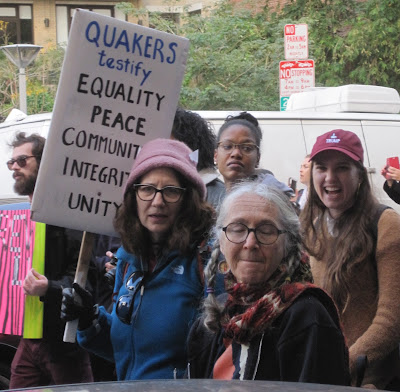 When hiking, there was silence.
And there was two voices, traveling together. 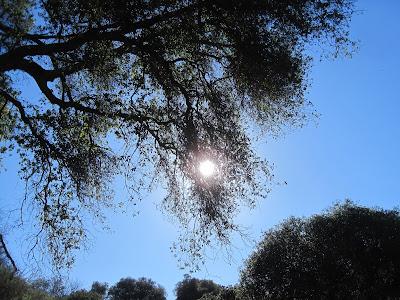 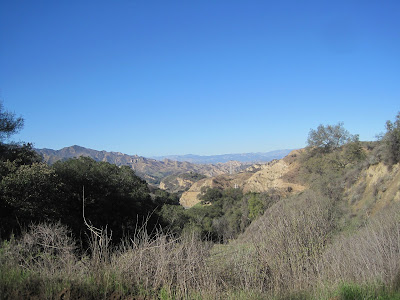 There was a wider view.
And there was vision. 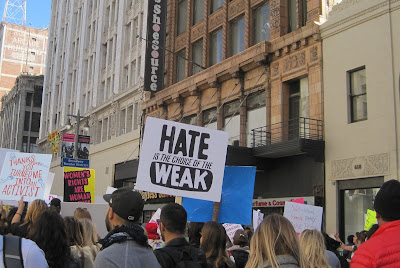 The quiet framed my thoughts in timeless beauty. 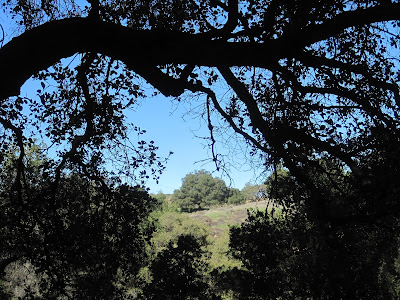 The crowd in downtown LA joined in this moment in time to speak up and sing out! 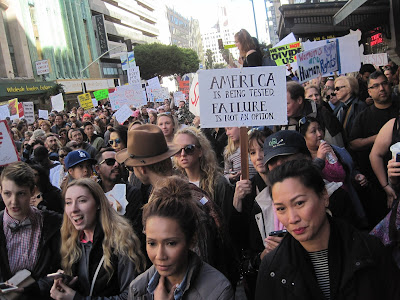 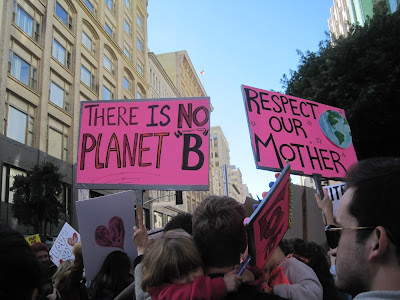 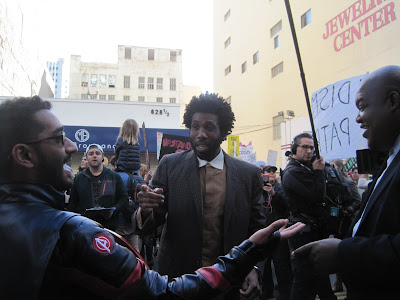 In the hills, there were fossils gathered in the earth;
teaching us that where we stood, there was once an ocean. 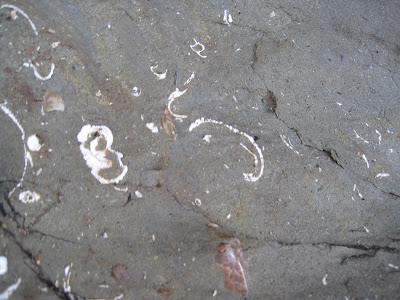 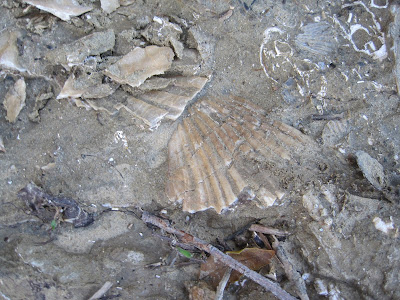 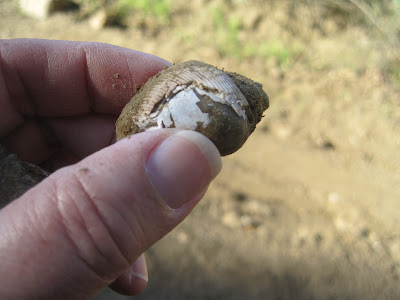 It is imperative that we change too.
Change is hard.
It takes work. 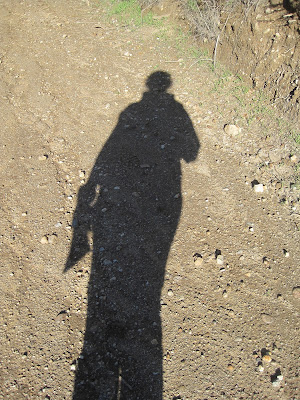 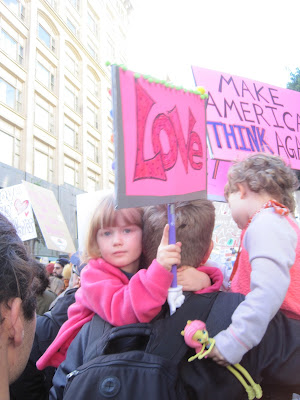 Yet, in the end, even when the shadows seem long, the only real thing to do is to choose LOVE.
Our future...the future of our planet depends on it.

May you find the strength and flow you need to grow, change and thrive in the coming days.
Take care of yourself, of one another.
xoNancy
Photos by NAE @pomegranatetrail ©2017
Posted by Nancy at 11:52 PM 21 comments:

This is the post you may want to skip.  It is grumpy.  But, I feel like if I don't get it out I will not be able to move forward.  So there you have it. 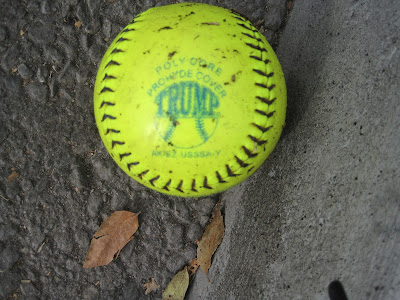 I saw this way back in December 2015 while on a work walk.  I was chatting with the work neighbor, looked down and saw it.  We grimaced about the name on it, saying he was everywhere.  Little did we know.  I wanted to hit this one outa the ballpark...now I'd like to hit it right off the planet.  I saved the pic thinking I would get to a post just right for it.  After the pic hanging around month after month, I imagined it would be a celebratory post.  Then I began to wonder mote and more and more.  I was continually wary, but had hope.
Then America voted.  Then everything that happened since the election contributed to a sense of hopelessness.  Not trying to be dramatic, just honest.
I have been looking for the light since November.  It is hard to find in the dark and gray.

I think the the election was just the icing on the cake of a very bad year in my world.

Driving to my Aunt's house for Thanksgiving, the Thanksgiving where my brother-in-law will no longer be and my sister and nieces won't be either, this year anyway...I did a double take when I noticed the "The Tree in the Middle of the Road" (an Oak) was GONE!!!  My eyes welled up as I explained to J. that it had been there my Whole Life.  it was the symbol to say we were almost there.  It was the cause of amazement to a young child that we were actually driving Around the tree...it took precedence to a  mere road...to us humans!  Even as a child that spoke to me.  Now you go around nothing, dirt and weeds in a cement grave.
I think J. thought I was loosing my mind..."You're crying about the tree?"  "But it has been there my Whole Life!!!" I tried to defend.  After arriving at my aunt's, I was validated when my cousin said, "The tree is gone!!!"  She got it.

Even the procedures and pharmacy bags had changed!  What do you mean No Wristband upon check-in??  What happened to the pharmacy bag with the logo??  But, but, but...it was the other way My Whole Life (or as far back as I can remember)!!

There was too much loss.
Too much change, pain, disequilibrium, worry...
Too much.
So, I tried to look for the positive...I looked at the births that happened and all babies & mothers doing well and the weddings/engagements celebrated - the places we visited and the family members who are doing well.  I continue  this positive seeking and healing.  I look forward to an upcoming wedding and more births.  Like Time, I march on.


And I look for a bit of luck too in a never before seen two pack of fortune cookies!

May your year be good and fine and better & better.  May we survive the hard times and rise up in ways we never knew we could.  May we do the very best thing of just being together.  May we thrive within it all.
~xoNancy

Here, but not really

Every day I think I am going to make a post.
I read other's posts and feel a slight inspiration.
I consider using a time-marker to push me.  Ya know like Thanksgiving or Winter Solstice or The Holidays or The New Year or certain projects, events or feelings.
I have photographs.  I have ideas.  I've even had links.

But in the end, I got nothing.