I spent part of today checking on a stranger on a local Face Book page.
What that means is, a local resident had posted on a local residents only page about a situation he found strange.  He spotted a pickup truck parked in a local wilderness area used by off-road enthusiasts.  It was there for too many hours, untouched and left in a way that suggested someone had not planned to be gone so long.  He posted a photograph and details about the site that gave him the idea something was amiss.  He asked people to 'share' this on social media (FB) to try and find the family or someone who knew the owner of the truck.

On and off throughout the day, in between doing other things I checked on these posts, hoping for a good outcome, but having a bad feeling.  This truck had been seen 11 days ago and reported to sheriffs who did noting at the time.  It seems if there is no official Missing Persons report filed by a family member, they cannot do anything.  He was estranged from his family.  He was out there off-roading alone.  He was alone.

Through the day the post was shared on other local resident only sites.  Hundreds of comments were made.  I was only a reader of them most of the day.  I was waiting for word.  The original poster managed to gather other men to go looking on their ATV's.  Folks notified the sheriffs again and finally due to all of this conversation and pressure, a search was begun.  It has been cold here at night, for us anyway.  Down into the 40's.  There was a lot of concern.  Where was he?  His abandoned truck held his presumed diabetic medication.  Mr. Original Poster worked hard to get the ball rolling and stringing together many clues.

As the day progressed and the comment threads got longer and longer, more and more became known about the truck owner.  His name, address and the fact that he had a suspended license.  Someone found his police record and posted that too.  It seemed he'd had some run-ins with the law, DUIs and the like.  Suddenly he was a 'felon' and could be 'armed and dangerous'.  He could be hiding out from a warrant.  Lots of speculations and warnings to be safe if you go out to search.  This parade of his personal information and history made me so uncomfortable, even if I could understand the concern for safety when the possibility of guns existed.  Especially these days.  Even those trying to help gave away so much of his information.  It just didn't sit right with me.  But, I just kept on hoping for the best.


Late this evening, after dark, a local couple who had gone out there to help search found him and his off-road vehicle at the bottom of a ravine.   And law enforcement made their announcement of their job well done.

How long was he there before one man decided something did not look right and something needed to be done?  And everyone, those who had shared the posts or gone to search, those who offered to bring out coffee or food for those searching to those shouting out warnings trying to keep others safe, to those angry with local law enforcement to those trying to explain their procedures and those upset with his family...everyone ended the night broken-hearted for another human being, for a life lost in a cold canyon on a windy night.  Because really no matter how that life was lived, no one thought he deserved to die like this.

It was then that I added my voice to the others.  I've changed the names to XXX's to protect identities.  This is what I had to say and then I lit yet another candle. 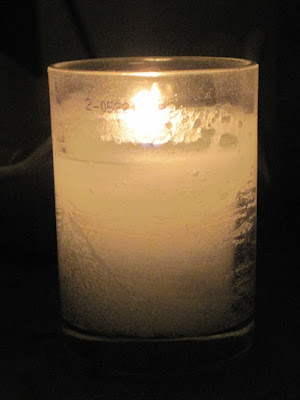 ...of the Solstice...and only feeling mostly better after an unwelcomed flu bug...

Sometimes one needs only look up...
Look up with me, won't you... 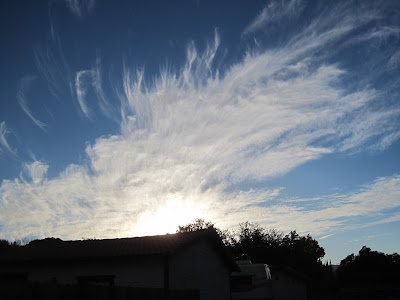 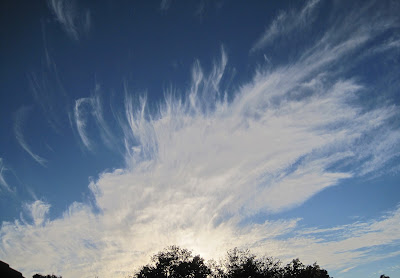 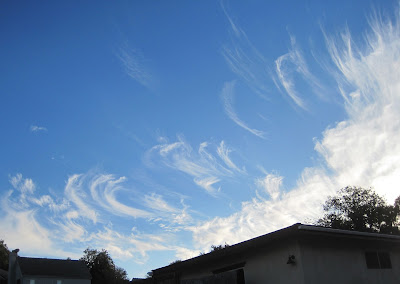 When words become unclear,
I shall focus with photographs.
When images become inadequate,
I shall be content with silence.
~Ansel Adams~ 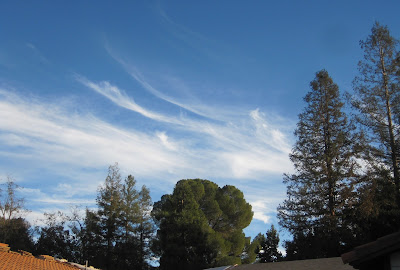 These photos are a few weeks old now, it actually rained today.  Perhaps the beginning of El Nino we keep hearing about? 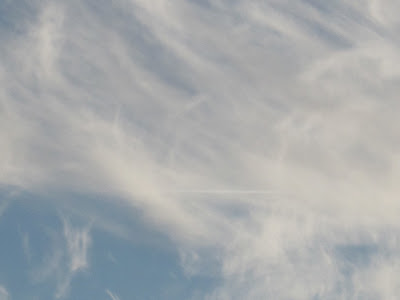 Contrails in the clouds... 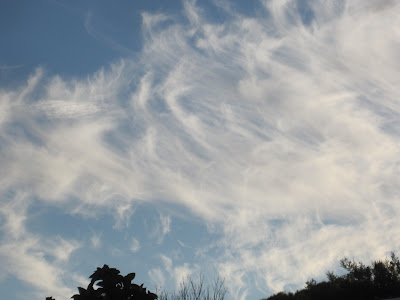 Let us take care of the children


For they have a long way to go.


Let us take care of the elders


For they have come a long way.


And let us take care


of the ones in between


For they are doing the work. 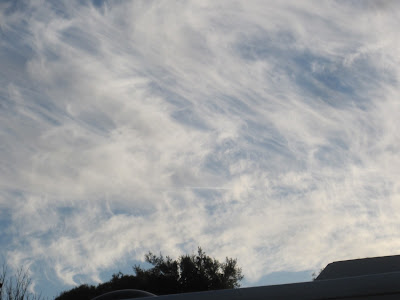 May you find quiet moments to reflect as we welcome in the light.
May the coming days of more light hold you well in peace and love.
~Nancy