Yesterday morning (which was actually last weekend!)...listening to 88.5...

A great playlist. This one really caught my attention and brought back a fond memory.

Once again, I'll claim to be scattered, not really doing/posting much, but starting posts, and finishing them eventually.  A record of days as they are.

This is one of those, obviously. 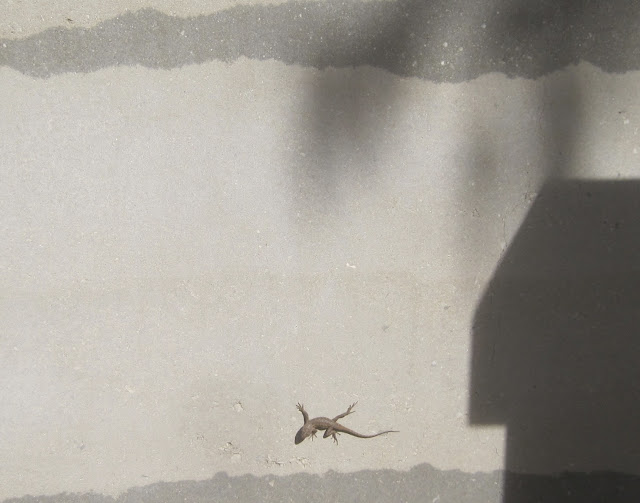 They flit back into the environmentally sensitive native and succulent plants

as the vibrations of my feet move towards them

they are there if you are looking

You have to be looking 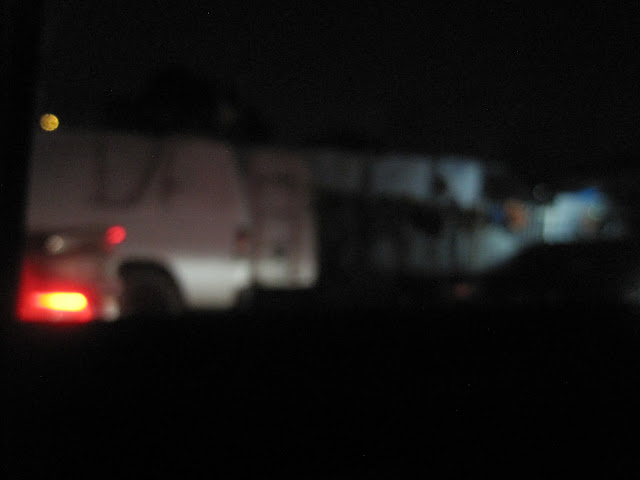 Each night, at the same cross street, the light turns red

I watch the team of men working

The men wear headlamps, clamp lights on the chainlink fence nearby

Each night, they are very busy moving things

The old white van stuffed full, including the rooftop

Each night, I try to discern what they have stuffed in that van

I try to see, while the light is red, what are the many items in and on the van, on the sidewalk all lined up, hanging from the chainlink fence

One night I see a ladder

Another night many extension cords, coiled up and ready for use

I wonder profusely, where these items came from and where they are going?

Who are these folks?

Do they live behind the chainlink fence on the foundation of a once there house?

Someone lives back there now

I'm okay with that 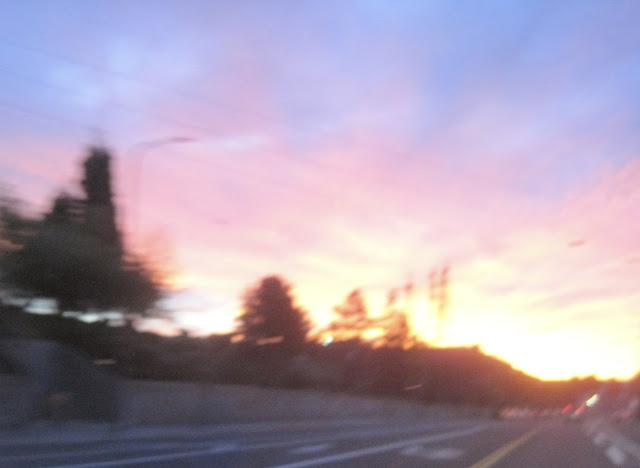 She sits, preferring the blanket mountain

The tent is gone, the umbrella is also gone, but she remains

Sitting atop her throne, smoking a cigarette - face to the morning sun

I see her each morning there,

but at night, she disappears into the dark charcoal heap of blankets

Likely unseen by the many commuters traveling by

Last Friday morning, as I move down the road, I notice someone new

Standing next to her is a white-haired man

They are each holding a disposable coffee cup

talking in the morning sun 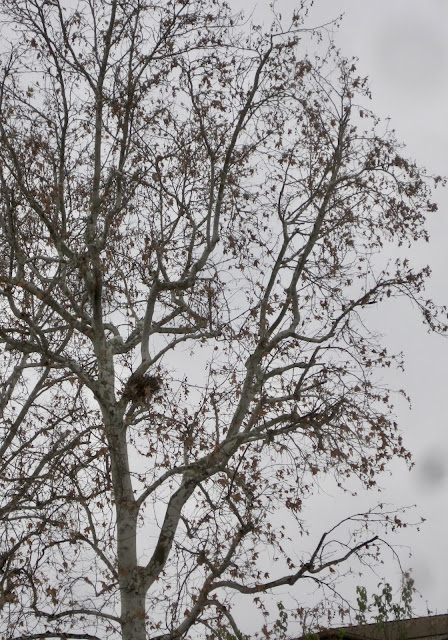 It was enough to see it falling, which sounds odd I know

It was loud enough to hear, which while again sounds odd, but is common around here

We often can barely see or hear the rain, even with a sliding door and a metal roofed carport 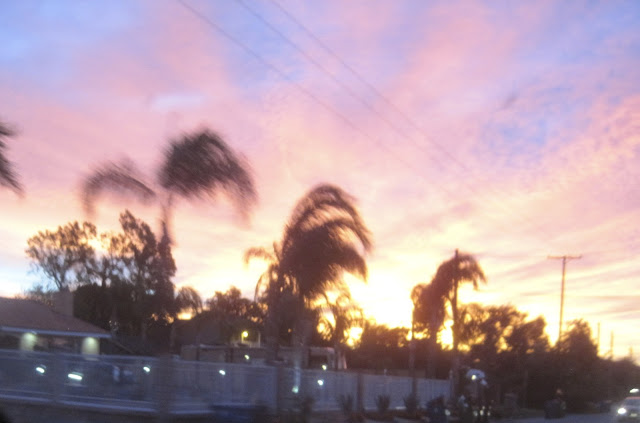 Next the wind came, many different days of Wind 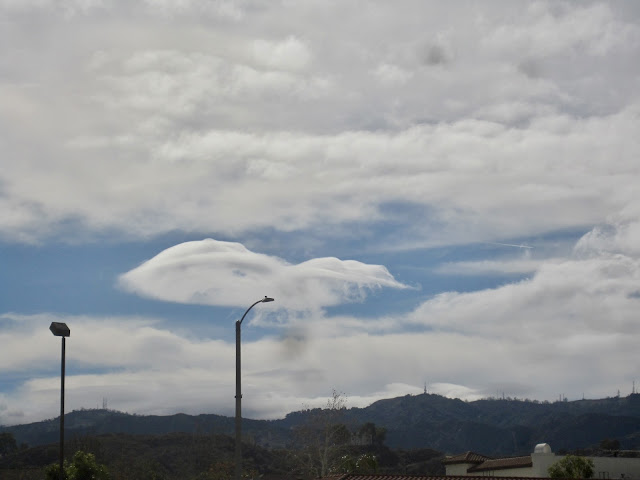 And the clouds, with their own stories. We called it a jellyfish cloud 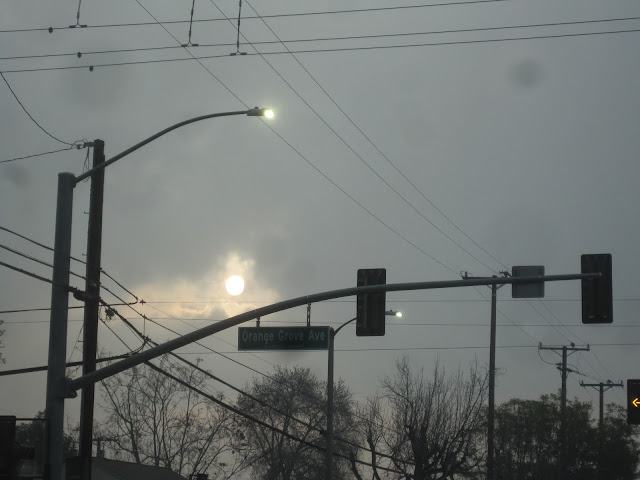 Last Friday, driving home, I was on the 2 lane road, which wraps around the mountain
Right at the most narrow part, uphill tight against the hill
I'm in stopped traffic, heading North
Southbound lane is empty
It is empty except for the single man walking along the side of the road
He is wearing dark clothing and a dark (black?) backpack, thinning hair and a dark beard
He is not easy to see in a road absent of lights
But, I see him.
He is walking firmly, abruptly, angrily(?)
He waves one arm and punches the air above him
I go very still, looking straight ahead, while keeping him in my peripheral vision
He continues South a few more steps
I run through reasons he could be in this place, presenting as he is
Maybe his car broke down and is mad, although I see no car on the roadside
Maybe he got fired and that was the last straw for him
Maybe...?
But, something feels wrong. This is not a walking road, at all
His demeanor shouts a different story
My mind starts racing
It's dark, bumper to bumper traffic
two lane road - around a mountain
No Way Out
no way out
Why is he Here?
What's in the backpack?
Why does he seem so angry?
We move an inch or two
Think, think
Okay, my door is locked, so that's good
I lock it anyway
I remain looking forward
I'm silent, but the repeated chant is loud in my head
Don't come over to me
Don't come over to me
Don't come over to me
we move another inch or two
He begins to cross the road, heading to a car a couple of cars behind me
His arms are waving and his beard surrounded mouth is opened in a yell
We move again
I call 911 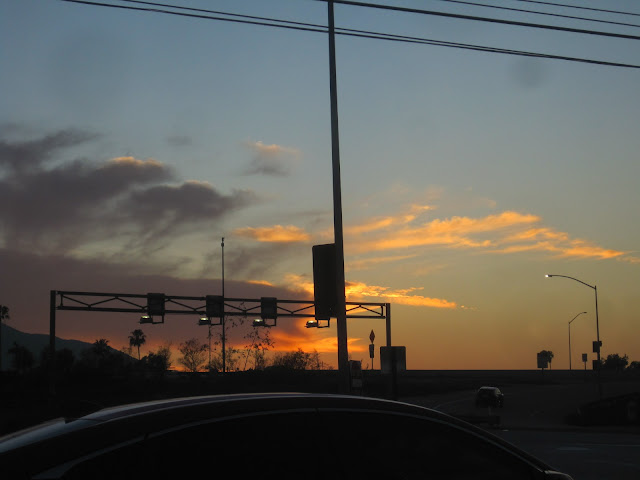 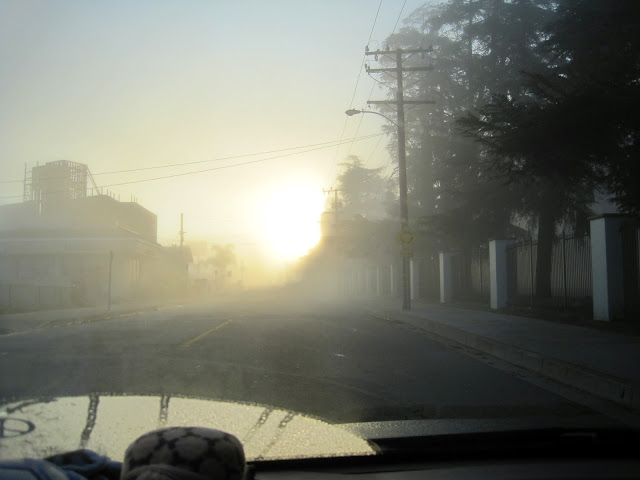